The Light Through the Darkness 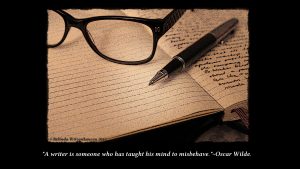 Tonight I am working through a major rewrite on my work in progress, Without a Net. I finished this manuscript several months ago and just recently took it out of hibernation. Like many writers, I usually put my finished manuscript aside for a month or longer so I can do my first edit with fresh eyes. When I re-read it, though, I found that the book was way darker than I wanted it to be. I write romance, for goodness sake. Sure, I like to include a little suspense, but romance readers typically don’t want to explore the darkness that twists within the mind of demented people, and that’s what I had done. Even I didn’t like the way the story made me feel. So, I find myself in the middle of a complete plot rework. So far, it’s going really well. I think it’s evolving into a stronger story. 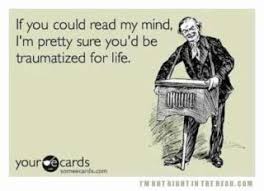 Some people are surprised at how dark I can get. Others who know me are not surprised at all. Like many people, I often joke that people would be frightened if they could read my mind. But I mean it. Don’t get me wrong. I’m a fundamentally happy person. I enjoy life. I love to laugh. When I take those organizational personality tests they make you take at work to see how well you will work with others I always come out the optimist, the helper, the moderator. I’m a super extrovert and I ping the charts on the people person scale. So, why is it when I write the first thing I do is go to the darkest corners of my mind and poke around in the macabre? 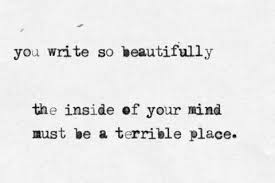 I totally blame Stephen King, Michael Crighton, and Anne Rice for this dark thread in my creative soul. I devoured their books when I was a kid and young adult. My mind has been a mashup of their work ever since. Now, the inner landscape of my mind resembles something from the X-Files or Twilight Zone. When I think about it, it’s utterly fascinating that I write romance and not horror or sci-fi. Maybe romance is the antidote to insanity. I kind of like that thought!

The first draft of every book I write is drenched with this darkness, though, and it is only during the editing that I infuse some light so that my readers won’t put the book down in an existential crisis. I thought I’d done a great job of removing most of the darkness in my first book, Life in High Def. But reviews reveal that there I left more of it in there than I thought, especially in the prison scenes. I guess that isn’t too surprising. After all, prison isn’t a very jolly place to be. My second book, Chasing Mercury, is less dark, but you should have seen it before the first couple of edits. There was a shadow in the remote forest Nora and 4B were stranded in that gave even me the willies. I’m so glad I took that out!

Anyway, I really like how this plot rewrite of Without a Net is coming along. Some of the darkness will remain, but, like my other books, there is a core of human resilience and growth that shines a light even when things get tense. 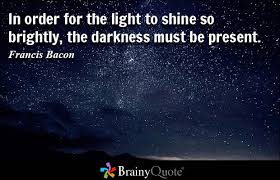 Kimberly Cooper Griffin is a writer who doesn’t take herself too seriously. Something she does take seriously, though, aside from her loved ones, is writing. Oh, and coffee. And, once in a while, a good glass of wine. Ah! And of course, her readers. She totally loves her readers!

Do you like free stuff? Every once in a while I send out a newsletter and I give away free stuff. Sign up for the newsletter and get a chance at being the big winner. And here’s a tip: my newsletter subscription list is a pretty pathetically small, so your chances of winning are really good! 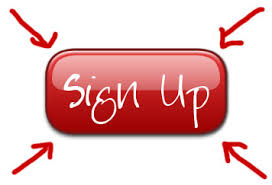 Thank you for subscribing! Check your inbox to confirm.